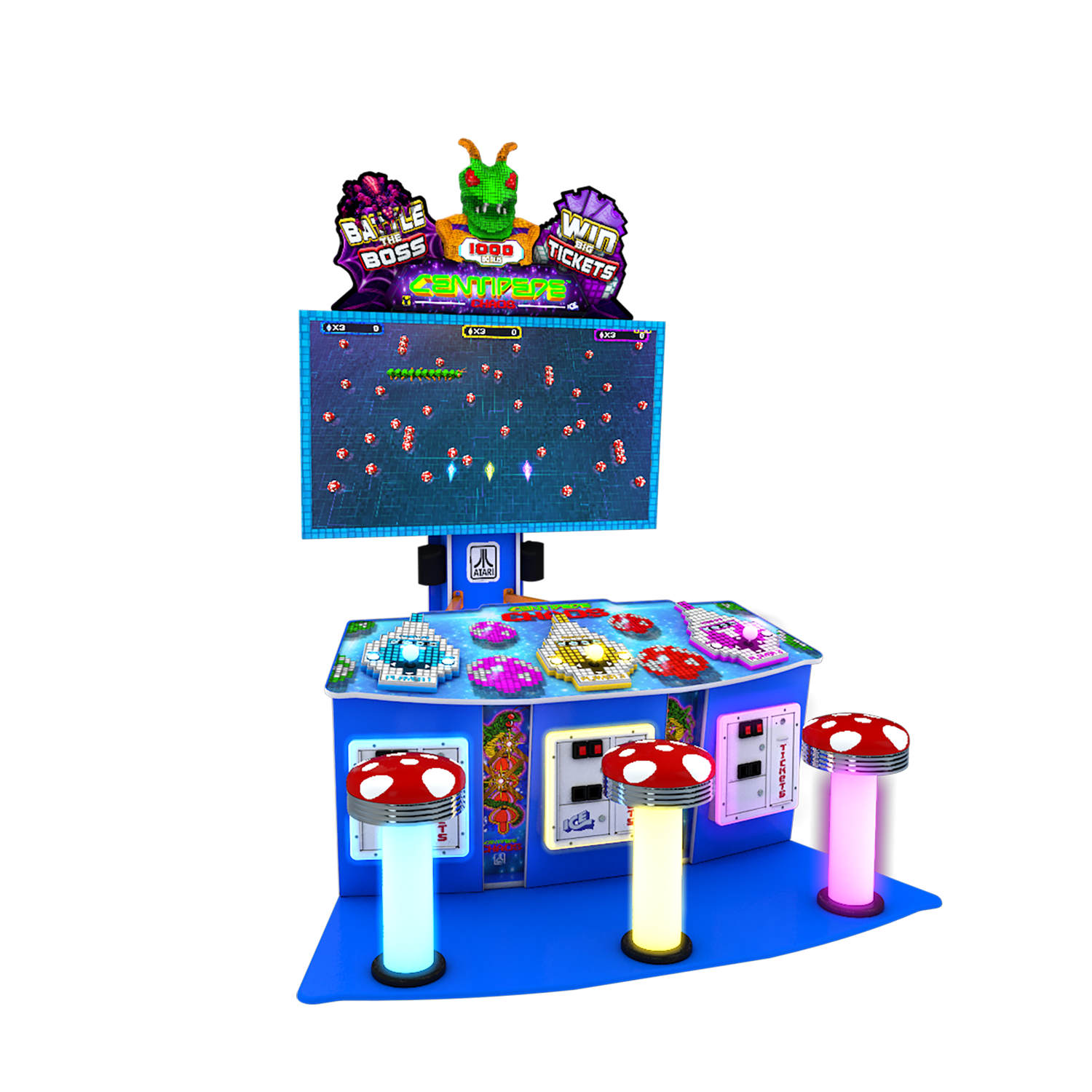 A blast from the past that brings fun for the whole family – Centipede Chaos is a 1-3 player fun & exciting twist on a classic game featuring a giant 75″ video screen.

The new and refreshing Centipede Chaos is a reboot of the 1981 Atari ‘Centipede’ arcade game which became one of Atari’s biggest hits. Those that fondly remember the original will love the new edition. This video redemption game allows three players at the same time for a fun and competition.

Players battle hordes of bugs along with the centipede in thrilling, action-packed levels by blasting the bugs away – the more you blast, the more you win! The big and exciting challenge is facing a Boss Battle of a giant bug, which shows up every few levels. Control the blasters with an oversized ball-top joystick and a single fire button, making the game easy and exciting.